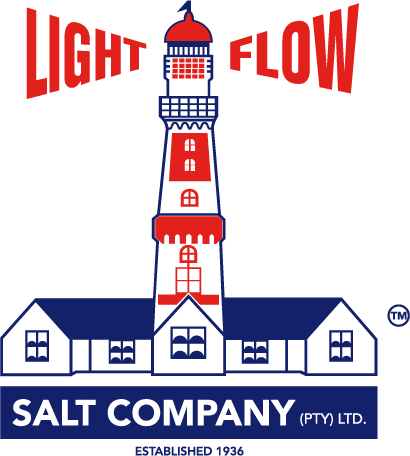 Our salt pans are situated just north of Swakopmund, on the strikingly beautiful Atlantic coast of Namibia. This area is registered as a nature reserve and bird sanctuary and has become a popular habitat for thousands of flamingos, cormorants, sea gulls, damara terns and even pelicans.

At Salt Company, we value quality above all else, and for this reason our salt undergoes regular quality tests from independent laboratories in both Namibia and South Africa. Only the absolute best will carry our name. We are proud to supply companies across Africa with our quality products, including leading businesses in various African countries like Democratic Republic of the Congo, Angola, Zambia, Zimbabwe, Botswana, Namibia, and South Africa. While these are the main markets that we currently supply, we do occasionally supply salt to other African countries.

Contact us for more information or enquire about our products.

From pan to plate

In the low rainfall area of the Atlantic coastline of Namibia, where evaporation rates are high, the production of solar salt by means of evaporation pans, is a natural result.

Seawater contains about 3.5% (by weight) dissolved minerals. Sodium chloride (NaCl), also known as salt, makes up 77% of this amount, or about 2.7% of seawater. The other 0.8% consists mainly of calcium, magnesium and sulphate ions. As seawater evaporates, its volume decreases and the concentration of sodium chloride in the water increases, resulting in salt water, or brine.

The seawater evaporates in successive ponds until the salt water, or brine is fully concentrated, and salt crystallises on the floor of the crystallising ponds. Salt crystals begin to form when the brine concentration reaches 25.8% sodium chloride. As evaporation proceeds, a layer of salt builds up on the earthen crystalliser floors to a thickness of 60 to 80 cm. A layer of salt remains in these pans as salt floors to provide support for harvesting equipment and to lessen the chance of clay or soil contamination of the salt that we produce.

These ponds have a distinct colouration – either pink or red, depending on the salt concentration in the pond, and what species of plants and animals find it habitable.

After the salt crop reaches the appropriate thickness, the salt is harvested with mobile equipment, washed, and placed on a stockpile to drain. The principal impurities are solar salt which are small amounts of calcium and magnesium sulphate, and magnesium chloride. Clean brine is used to wash the salt, removing the small amounts of these impurities, resulting in salt of the highest quality.

Our salt is iodated (also referred to as iodised) to each client’s unique specifications, and in accordance with the UNICEF regulations. Read more about the importance of iodated salt here.